A recent story in the Flathead Beacon about a climate action work session with City Council was picked up by US News and the Associated Press. Read Montana Town Looks at Clean Energy as Climate Changes.

Whitefish City Council passed Resolution 21-14 (PDF)on May 17, 2021 in support of the federal Energy Innovation and Carbon Dividend Act. The EICDA is a bipartisan bill (H.R. 2307) introduced in the U.S. Congress on April 1, 2021 and is consistent with the goals of the Climate Action Plan. The Act would assess a national carbon fee on fossil fuels based on the amount of carbon dioxide the fuel will emit when burned and allocate the collected proceeds to all U.S. households in equal per capita shares in the form of a monthly dividend.

The How We Respond Project includes a report and multimedia stories that highlight the ways U.S. communities are actively and effectively responding to climate change, in particular at the local, state and regional levels, and the critical role of science and scientists in their response.

Since the Whitefish Climate Action Plan was adopted in 2018, the City has been working to implement the plan. The CAP focuses on five major sectors that contribute to greenhouse gas emissions and have an opportunity for improvement. Specific actions that have been undertaken are described under the linked sectors below. For a summary of the City's current achievements, see our Road Map to Resilience poster. 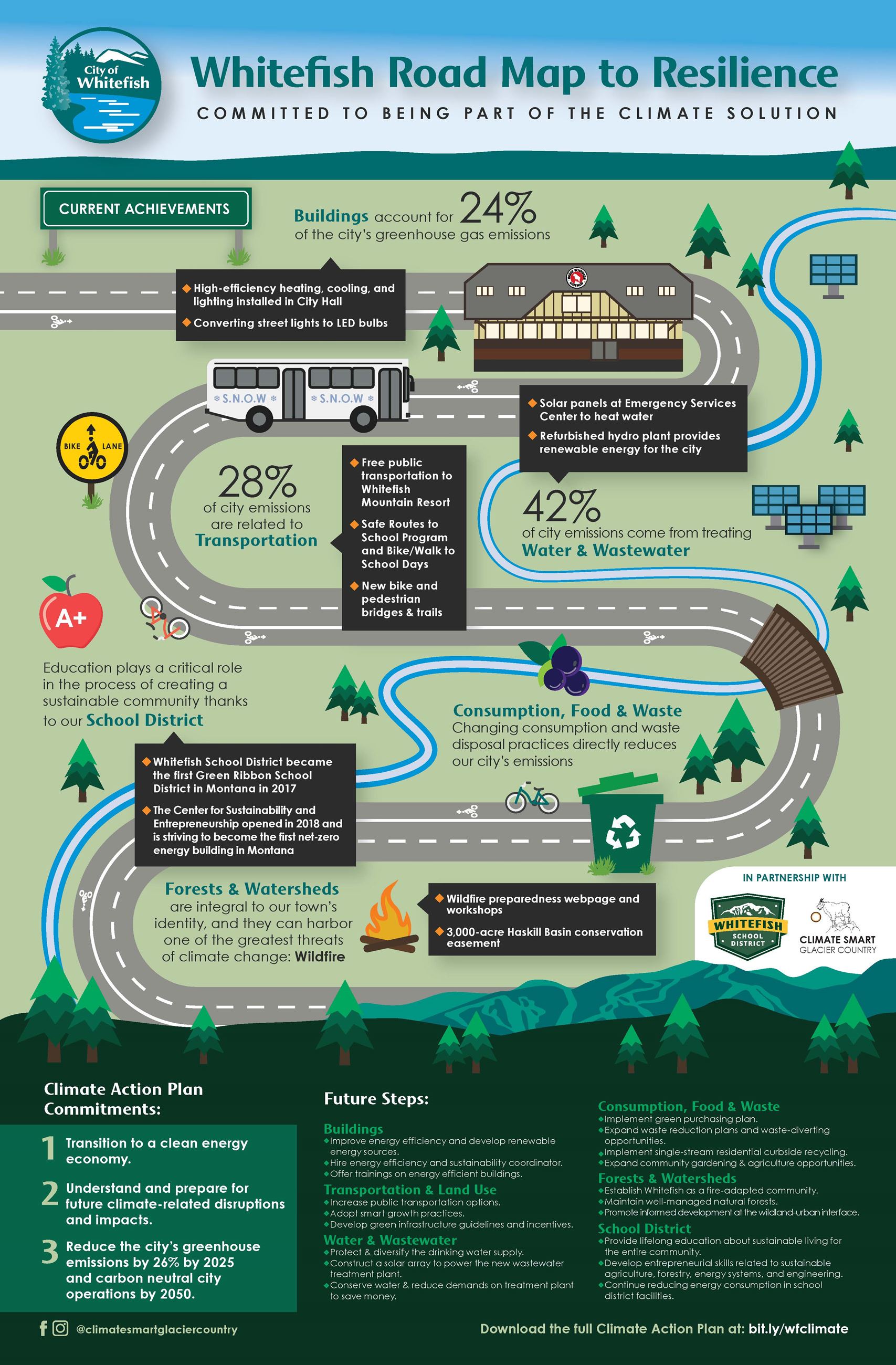 The Climate Action Plan Standing Committee was created to assist in the implementation of the Climate Action Plan by establishing a working timeline for implementation, recommending actions and budget priorities to the City Council or City management, tracking progress towards the Plan's goals, updating the greenhouse gas inventory, and updating the plan.